Jimmy Gary Jr has kindly taken some time to answer a few questions about working within the industry. 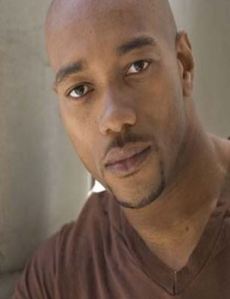 Jimmy is a very talented actor, working on television shows with some of his best known roles being CO Felix Rickerson (One of the few Pre-Season 4 CO’s to remain at Litchfield) from Season 3-4 of Orange is the New Black and Marco Prince from Nurse Jackie.
As well as this, Jimmy has also worked on a variety of films with some of his best known roles including NYPD Officer #1 from Money Monster and Banks from Mr Obscure.

I grew up in a small town in Okeechobee Fl. in a neighborhood call Douglas Park. We would do plays during Christmas time at the community center and I was cast as the role of baby Jesus. That was my first play. And I was the lead. Haha.
The community I grew up in very artistic community.

How did you break into the industry?

After college and a brief stint with the Seattlehawks I found my self in NYC living in a car I purchased for 100 bucks. In one of the toughest neighborhoods in Jamacia Queens NY. But I kept pounding the pavement and I got a call from ABC from a self submission of my headshot and resume to audition for All My Children and I booked it. I moved out of my car into a room that flooded every time it would rain. But I was happy to be out of the broken-down car. But that role led me to other roles. Guest Starring in Nurse Jackie as Marco Prince in the second season. And that led to more roles…and to where we are now.

What advice would you give to performers trying to break into the acting industry?

What traits/skills would you say were most important in performing for film?

Listening to the other actor and organically responding is key.

What tips would you give to actors to follow while working on a production?

Tips to follow while working on production…be on time and not to early. If your running late… call and let them know. But just don’t be late and you wont have to worry about it. Have fun and stay focused.

Looking at your past works, law enforcement roles seem pretty frequent, have you ever worked in that line of work yourself? Why do you think you a so frequently picked for such roles?

I get cast a lot as law enforcement or guards. I’m grateful to be working but but its so challenging playing those characters because I’m from a family of Lawyers Ministers, Lawyers, and business owners. Those type of characters are the characters I grew up with. I know them. My mother was the only one in my family in law enforcement. Haha. I’m a big guy and in this industry those are the roles big guys are cast as 98 percent of the time.

In what ways do Netflix’s original content productions differ to other productions you have worked on?

What was the atmosphere like on the set of Orange is the New Black?

Everyone is very Professional but loose. There is a lot of love for humanity on set. A lot of people with really kind hearts. Lots of real artist creating. Its like playing in the NFL.
That’s why is one of the greatest shows of our time

Rikerson is one of the few prison guards who remain at Litchfield from Pre-Season 4, could you give your thoughts on how the new additions to the guard force are changing him?

Wow! Great question. I would love to know the answer. I leave that up to Jenji and the wonderful writing team she assembled. It would be interesting to see.

What was it like working with fellow cast members of Orange is the New Black?

Working with the cast of Orange Is The New Black is one of the most wonderful experiences in my acting career. Everyone is so giving. And very talented!

Orange is the New Black is massively popular, with over six million people watching the premiere, what do you believe makes the show so popular?

What makes Orange Is The New Black so popular is everything. Netflix’s marketing platform…an amazing casting director…Great writing team…great Producers and directors. The actors are all first class talents. And everyone love to come to work. Its such a positive environment.
The crew on set?!….some of the best I have ever worked with.

Can you confirm if you will be returning for Season 5?

I can’t confirm if I will be in season five. If they asked me I will definitely return.

Do you have any interesting or funny stories from your time on the productions you’ve worked on?

Earlier in my career I was shooting a low budget independent film. The whole film took place in New Jersey. So I would just drive from NYC , its just a skip and a hop …right across the bridge. But I hardly ever go to Jersey so I’m in a unfamiliar area. So my friend at the the time drove me to set. We get out and start rehearsing in the back of the house in one of the rooms. We hear the sound of a speeding truck…skidding into the drive way…ramming right into the back of car parked in the driveway. Then all of a sudden we hear someone get out of the truck and slam the door so hard the window breaks. And he yells I’m going to kill all you motherfuckers. Then the location scout guy said “Please excuse me…That’s my brother”. So he goes outside and we hear them arguing. Then all of a sudden it stopped. The location scout came back in the house and said it was okay. He said his mother had died in the house two days ago…in this exact room. Meanwhile we hear his brothers voice in the kitchen. He was calm now. We started shooting again and about 3 minutes into the scene…one of the PA’s calmly walked in the room and said “Your brother is in the kitchen looking for knives.” So we had to lock the bedroom door while he is screaming and crying saying I’m going to kill all of you. I told the director, “I’m out!” And I climbed out of the window and walked to a safe place. True story.

The lesson learned is stay hungry but really do your research on projects when starting out. Call the union for some guidance…ask questions and those situations probably wont happen to you.

What is the hardest role you have acted for either film or TV?

One of my most challenging roles was playing Marco Prince in Nurse Jackie in season 2. The character was a former professional football player who suffered from early onset dementia. The reason it was so tough for me is because I played football all my life. And knowing about the concussions being the reason behind the disease kind of made me a little afraid to go to the place I needed to be in order to breath life into my character. I lived in him for three days. Inside my house of course.

Have you got any projects or convention appearances coming up you can share?

I am working out to improve my overall health so I created the getfitcards. They are workout cards. Check it out at getfitcards.com

I am also working on two film projects and a series called Brooklyn Animal Control.

Thank you for taking the time to answer my questions!

Hello, I am Matthew James Taylor (Producer & Director) and this is my blog. I will be using it to document my work and show my journey into the industry; as well as including interviews with talent already successfully working within it. (Hopefully providing you with an interesting insight!). Please feel free to leave feedback – Thank you!